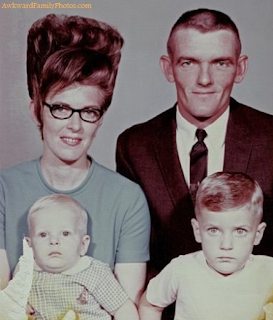 There’s a distinct difference between expats and immigrants.
The first is in the subjective eye of the beholder. An expat recognises their prior status is advantageous . An immigrant submits to their newfound statuses superiority .
I consider myself a NZ expat. I left when I was 23, spent most of my life in a series of other countries, I have a UK passport I got in my 30’s and had a green card for most of my 40’s.
I only returned to NZ because I was misdiagnosed with stage 4 cancer and a friend suggested it was the done thing to have my parents touch me before I died.
Take it from me after much experimentation, the big Island Hawaii is easily one of the best places on the planet to live.
I didn’t as planned die. The NZ heath system saved my life. I’m still alive and there’s no immediate mortal threat and so I digest my land of birth with a jaundiced and wryly grateful eye.
Elections are coming up and interestingly I have a background in circus.
The clowns of the piece are the ‘New Conservative’ party. Anyone who’s studied semantics will recognise the oxymoronic flavour of the branding.
Imagine oxy = 'completely unselfconscious' and you’re close to the truth.
New Conservatives are basically gentrified Orcs, a simple and uncomplicated breed dedicated to the reactionary and simplistic creed. "BURN ALL THE WITCHES!”
Their answers to complex issues are based on them being undisputed paragons of moral superiority .
I.e. all solo mums need to be billeted with good christian couples [much like themselves] for their own and societies greater good and presumably have chastity belts welded onto them while being locked into basements to avenge the collective guilt new conservatives feel for having ever having masturbated, poor darlings.
There is no god but Jesus Christ and conveniently he’s manifest in the patriarchal Middle Ages with smart-phones that the new conservatives represent.
They are like sulking preteens given adult powers which given their mental retardation must seem to them godlike and aspirational.
They are overlooked geniuses who’s only disadvantage is throughout their lives they’ve been surrounded by people brighter than themselves which combined with their bible studies has put them in a vengeful mood and the best of them can write paragraphs that engorge their friends who can’t.... but feel they could if they weren’t so distracted by people they didn’t know having sex.
If NZ were ever to take them seriously then obviously it would be for them the chosen land.
But it doesn’t and they’re not and it isn’t.
NZ is a charitable small country otherwise these folk would be considered lapsed mennonites and ridiculed for their digital fumblings.
They are evangelically useful while being socially useless and that’s their comic essence in a nutshell.
If you take them seriously or as one of them take yourself seriously you’re a self branding lower end of the bellcurve sub intelligent dipshit.
They don’t deserve the early 20th century definitions of ‘moron’ ‘idiot’ or ‘imbecile’ which were terms given to infantile retardation in adults.
There is no historical background for the kind of stupidity that requires actual intelligence to ignore objective reality and instead cuccoon itself in a shallow puddle of inflated self regard all pointed towards whomever waves a bible and makes otherwise naturally meaningless people feel they are legends in their own sad nuclear families lunchtimes.
It’s a global thing but luckily in NZ generally brittle tryhards are self evident and not taken particularly seriously.
New Conservatives are thus clowns unaware they are their own punchlines.
Posted by winsomecowboy at 4:43 AM