The personal sovereignty represented by a good street show is inarguably self evident.
Man/woman/team construct attention and focus to produce some self fueling whimsical collective celebration. Then pack up and do it again, and again.
Thats powerful, so powerful it's survived for centuries.
It predates capitalism and will probably exist in whatever system evolves from our present systematic convulsion.

I'd argue it's the primary power that fuels the festivals dedicated to celebrating and commercially exploiting it in variant ratios.
Indoor shows with tickets, sponsorship arrangements with signage, affiliated commercial gigs tacked onto the contracts, unpaid parades, a host of bright ideas abound that feed off the primary recognition that what a street performer produces is valuable and unique and powerful and cannot be easily reproduced.

Cirque du soleil admits that their initial ambition was an attempt to reproduce a street theatre energy and spontaneity onto the stage. At least that's what they told me and 57 others at my New York audition before over two days they had whittled us down to a final eight.
Blue man group was a cheaper and similar business plan.

The street will continue to incubate quirky and original and talented acts that survive and even prosper by the response and generosity of the public they impress.

Culture used to incubate in the town square in front of the church and circled by market stalls. That's where Ballet was born, that's where every basic theatrical convention crawled from the sea of our collective psyche and started gasping for air. Those that breathed best were often nabbed by noblemen and refined in halls for select entertainment just as now
that talent will often be noticed and offered entry into a new world of festivals where airfares and hotel rooms and fees are provided. All good.

However it's a competitive market and festival casting is now increasingly swamped by thousands of emails scrambling for the forty available slots.
Here's my solution, which is a sidestep of sorts and incorporates the fraternal element that has always been at the base of those of us who wander the globe and share pitches.
I picture a self selective herd of cats who trust each other enough to be self herding.
Forming a Guild, a group of between five or ten or twenty. Recognising what you have as street performers and moreover what your guild has that others don't.

It might also be noted that at the advent of capitalism Guilds were seen to be unproductive, a burden, existing only for their own benefit and a drain on society as a whole. Parasitical. However guilds were the inventors of the concept of formal apprenticeship. That's an interesting wrinkle. Each guild could teach it's own authentic style and further define and market itself. Any guild with senior members having survived 10 000 street shows who taught would negate the parasitical argument by any definition.

I'm not doing your marketing for you but we each know a handful of fellow performers that make our hearts soar when we know they are on the same bill as we are. Just good company and there's history and harmony of purpose.
I think this is natural and the power of it has never been fully recognised or utilized.
You could perhaps belong to more than one guild, the tighter ones would be more powerful is all.
So you and say seven others are your own ideal block, you get together and write some sidesplitting promo, select a spokesperson, agree on your collective and individual worth and then what? Well you'd likely have to poach some admin wiz and sponsorship wrangler from your fest travels and chip in with a %

You could market in our present status quo paddling pool of festivals or you could take it one step further and actually be a festival unto yourselves.
You could put yourselves out to tender and get bids from municipalities and various commercial interests and simply be the festival or more interestingly if your guild was together enough to seek and receive sponsorship you could create what appeared to be one or two day spontaneous festivals at whim.

Given the nature of street theatre, the more original, less templated variety, the visual and audiovisual content production and the authenticity of that is as yet a completely untapped resource. [Although shoutout to Shep Huntly and his digital team for his pioneering work in this regard]
In terms of impact, both in the creation of spontaneous audiences and the authentic and novel entertainment provided by those performers capable of it at any public venue. In it's live form and also it's digital content potential is presently sorely underestimated.Simply put the production of 'moments' which lies at the base of all marketing and all art and is the power that drives festivals as they presently exist and in my mind could be recognised more by the performers concerned to the degree that they start bending and twisting the formats by which they are presently commercially exploited.

However the argument against this is quite simply that this 'moment' created by Hilby only has 360 odd views.
https://youtu.be/NjBAMixt3qs
So maybe it's not so important. Never mind.
Or maybe no-ones gone all out to curate those 'moments' and package them in a way that discards the rash of middlemen yet.
Who knows, just putting long held ideas out there cos I'm capable. Also the writing's a bit loose, wrote it in two sessions. 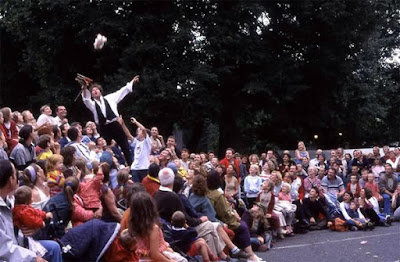 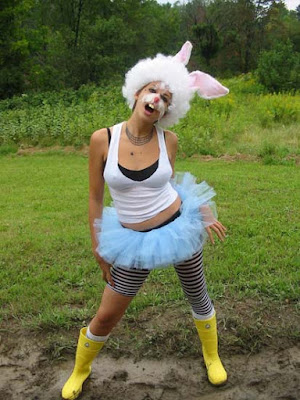 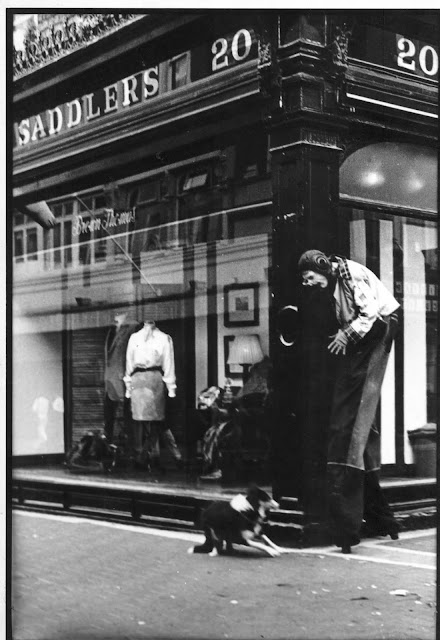