#3 pt1 how to create an audience

This one's the killer. [and a bit of a ramble which is why it's pt1, I'll probably take 3 posts on this one]

Street theatre you engage curiosity and mix it with promise, implied or simply stated.

Free beer ....[ I hated people that used that line as much as I hated the subtextural rape of the misplanted kiss gag]

The implied promise of scattering interesting props about the stage.

This all works in public because people can SEE you. 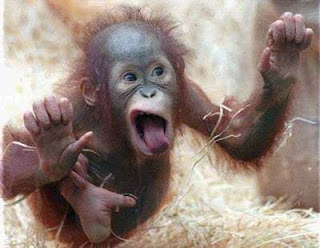 The internet is an infinite forest, whereas street pitches were/are finite places with traffic.

You had a juggling skill, or some mad storytelling chops, or some oblique skillset that were your bananas. Some people survived on having just one banana. They'd bring it out, TA DA! and a decade would pass. Nothing wrong with that. The worlds a big place, just keep moving with your banana.

I used the same banana for more than a decade. I like to think my banana implied I had a bunch but mainly I hid behind corners and went BOO in a variety of ways. Worked for me.

All this stuff is just my opinion you understand. Part of what I'm trying to convey here is the means to use that tangential imagination that successful street performers have and apply it to a larger environment, a new environment that has only existed a short time and is IMO really suitable for our kind.

So...Bananas. This is worth giving as much time as you would a new show because it's formative and has more potential than simply a new 20/40 minute re-gludge of your skillset.

It's scary in it's own way because you don't have props to hide behind.

It's a given we are all attention whores, you can be as jaded as you like but a crowd of strangers made happy to see you is critically important whether you admit it or not.

Behind the skillset you employ what have you got?

One new wisecrack a show?

Some truism your show is built around to illustrate?

At the end of the day, apart from the funds acquired, what makes you most proud of what you've pulled off?

It's OK, it's taken us 100+ shows to get to the beginnings of the street theatre vehicle that has transported some of us hither and thither.

There is room for experimentation. I would suggest first that you look at what it is you think you were celebrating by getting into street theatre in the first place.

For me it was about creating a relationship. I was 11 foot tall and disgruntled and appeared not to like anyone and got periods of up to a hour of unconditional love as i moved an audience through a consensual relationship, where they stopped and I made them laugh, to a reciprocal affection where they would pay me for their appreciation.

As far as I can make out that was the core of what I was doing. I was being ME.

I was just being me in a strange and funny way.

So to get an online audience you have to be YOU. and that's really quite hard to work out.

I'm lucky and it's no credit to myself, that I have a certain quality of mind. I'm the kind of person who says something, some simple reply or question or whatever, and people respond by tilting their heads to one side because I'm incomprehensible. Sometimes it's presumed I'm intelligent because I guess everybody's insecure to a degree. [and the most arrogant among us doubly so] , personally I think I'm just resistant to digesting reality on anyone elses terms and as such wonder if I'm the sort of person who should even attempt to give advice.

You want to attract an audience you need a show. There is no beginning, middle, end. there is just show.

Don't pretend you know the minds of others, unless you want to get into pornography or horoscopes.
Work out what you have that could be useful to others, the production of laughter, the ability to collate material, the ability to observe or advise or relate.

What I've found is, through experimentation, that the thing that you never tire of doing, the thing that makes you most pleased after having spent time on it. That's the thing. It's easy to be distracted.

Find that thing and you have found your voice and your voice is of prime importance in creating an audience. Clarity of that voice is what will attract an audience because clarity is a subtextual form of content that's attractive in itself.
Posted by winsomecowboy at 5:27 PM

The next step is GIVE YOUR BANANAS AWAY!