We can send people to the moon and have enough weaponry to destroy the planet in multiples and are destroying our global nest like Locusts with smartphones and are hardly alone as animals in being able to express joy.

It's still intrinsically good though that we can be touched by moments.
Posted by winsomecowboy at 5:57 PM No comments: 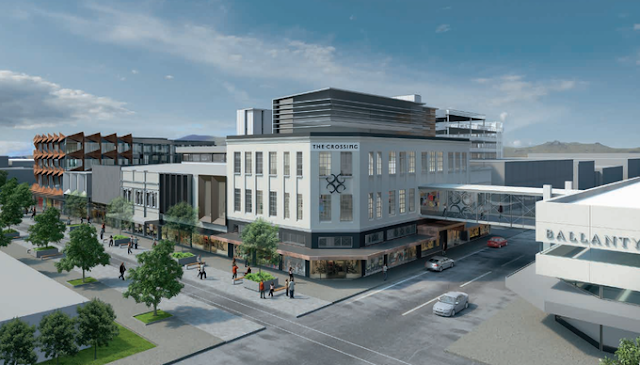 Well I revisited Christchurch for the first time in over a decade. My old home town and a city that was ripped asunder by a couple of earthquakes 7 and 8 years ago.
The rebuilding is shameful and embarrassing and if the disaster capitalist leeches that descended in droves had anything approaching honour they would gather in whats left of the town square and commit seppuku, either collectively or in small groups on some regular weekday to at least in their own small way make the world a better place.

They don't have honour of course, honour is to them a force fed goose of their own personal bank accounts.
Meanwhile cheap concrete rectangles now proliferate in the inner city. The victorian topography has been expunged and in the wider realm a transparently uncunning venal theft of disaster relief funds have been filtered through a system of Russian nesting dolls of subcontractors where all but the smallest and last simply take their cut and subcontract themselves. All possible because community led recovery was usurped in favour of 'those who know best' being freed from the shackles of democratic function under their own self anointed authority in the fog of immediate post eathquake confusion.
'Those who know best' being the laughably coddled self deluding pretenders of New Zealands otherwise non existant commercial aristocracy. Mainly inherited wealth with an engineering degree and nothing but 30 years of 'consultancy' under their wine sodden belts.
It's tragically laughable and how the administrators of this blatant robbery can circulate in public without being spat on and pummeled with fruits and vegetables astounds me.
Nice meeting old friends though.
Posted by winsomecowboy at 12:00 AM No comments: