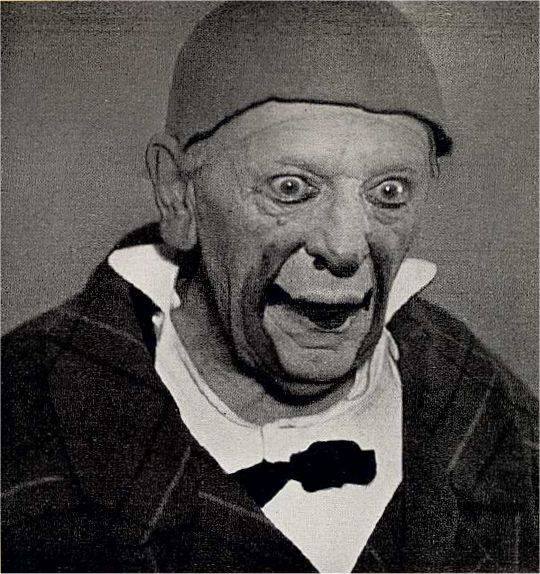 Grock (January 10, 1880 – July 14, 1959), born Charles Adrien Wettach, was a Swiss Clown, composer and musician. Called "the king of clowns" and "the greatest of Europe's clowns", Grock was once the most highly paid entertainer in the world.

By 1913, Grock's fame had spread, his act having developed into the mixture of pantomime and musical blunders for which he is now remembered. With the outbreak of World War 1, he made Britain his base, remaining there until 1924, when he returned to continental Europe. He performed throughout Europe and in the United States, commanding ever higher fees, and his continuing success enabled him to establish his own circus in 1951, with which he toured until his final performance in Hamburg on October 30, 1954. Grock described the secret of clowning as follows: "The genius of clowning is transforming the little, everyday annoyances, not only overcoming, but actually transforming them into something strange and terrific… it is the power to extract mirth for millions out of nothing and less than nothing."
He retired to the Villa Bianca (now named "Villa Grock"), a 50-room house he had had built in the 1920s in Imperia Italy, where he died in 1959.

Grock was the last pre media clown of the 20th century.

A full length film 1hr 40
A selection of Grocks work, [and others]


A rainy sunday afternoon, on fullscreen, allowing yourself to drift back in time would be my suggestion.

Wave upon wave of applause filled a circus tent in Hamburg last week as a preposterous, shambling clown, his baggy pants secured by a huge safety pin, his crudely gloved hands the essence of misplaced elegance, finished his turn. Friends and fans had come from as far away as Italy and England to see his act. They stood on their chairs, stomping and cheering. Long after the clown himself had shuffled off, wiping a tear from his dead-white face with a floppy sleeve, the cheers ran on, until at last a loudspeaker blared: "Please, ladies and gentlemen, do not applaud any longer. Grock is not coming back. Grock is never coming back."

The audience of 3,000 found it hard to believe that The Great Grock would ever give up the limelight and the sawdust, but the fact was that at 74, Europe's greatest clown was tired.

As Adrian Wettach, the son of a Swiss watchmaker, he ran away from home at 14 to try his luck in greasepaint. For 60 years he played in circuses and music halls across the length and breadth of Europe and England. On a continent where clowns are universally rated as the top act in any circus, Grock was acclaimed as the greatest of them all. The Queen of Spain once gave premature birth to a royal heir from laughing too hard at his antics. Winston Churchill once urged him to take out British citizenship so that Britons might claim him as their own. Even Charlie Chaplin was once kind enough to concede that Grock was almost as good as he.

Offstage a solemn and fastidious artist who speaks seven languages and boasts an honorary Ph.D., The Great Grock spent hours and years polishing and perfecting the details of his performance. But he never tampered with its essential ingredients, which were as simple and absurd as life itself: a tiny fiddle produced from a monstrous case, the almost miraculous discovery that it is easier to push a stool toward a piano than it is to push a piano toward a stool, his look of ecstatic appreciation at a single sour musical note produced all by himself. In such endless re-enactment of simple and simple-minded truth, everyman could forget his own absurdity and laugh instead at Crock's.

Last week, soon after the curtain fell for the last time on his act, Grock and his devoted Italian wife headed for retirement and a 50-room villa on the Italian Riviera. He had earned his rest without question, "but who," asked one of the million-odd friends he had left behind, "will ever be able to make us laugh like that again?"

Grock  discovered Imperia by chance, during a visit he paid to his parents-in-law spending a holiday there in 1920, and he was so struck by the place that he bought a house surrounded by a large garden, where he originally intended to spend his holidays. .
There he built the Villa that still overlooks the hills of Oneglia and that became the main residence of the clown until his death in 1959. The villa and the garden are evidence of the eclecticism of their owner and still transmit his celebrated melancholic smile.
The Garden
brought back the beauty and the charm of this “enchanted location” of the western Italian Riviera. The garden structures have been carefully repaired and plants and flowers are blooming in their former splendour. Today’s  visitors are surrounded by the same atmosphere Adrien Wettach had imagined, driven by his love/passion for nature.
The park represents a typical example of the historical gardens of the Riviera. The well marked paths invite to take a stroll and all around the spindle-shaped colums, the bold arches, the unique decorations, the fountains and the pond with its little oriental-looking bridge are the completion of an evocative and magic scenery.
The Villa
The originality of this villa is explained by the fact that Grock himself supervised the project by architect Armando Brignole..
The building is a sort of self portrait, the expression of an extraordinarily playful and creative personality. Although the architectural style goes beyond every definition, the influence of Art Nouveau is clearly recognizable especially in the interiors.
The Province of Imperia bought the property in 2002 and the villa is now undergoing restoration work and therefore not open to visits. The project includes the complete renovation  of the building in full compliance with the original plan. Upon completion of the works the Villa is going to become an important cultural centre: it will house exhibitions, meetings and conferences, international events and a permanent exhibition dedicated to the life and art of the artist it is named after.
The restoration is expected to be completed in 2009. 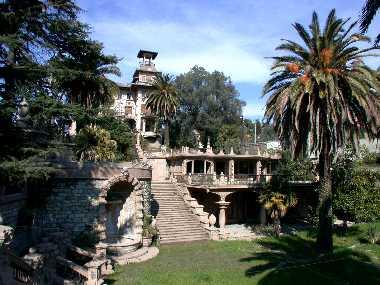 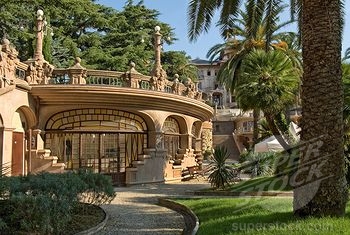 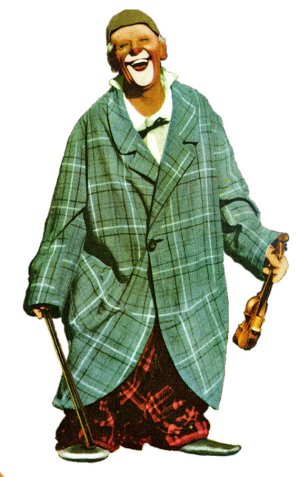 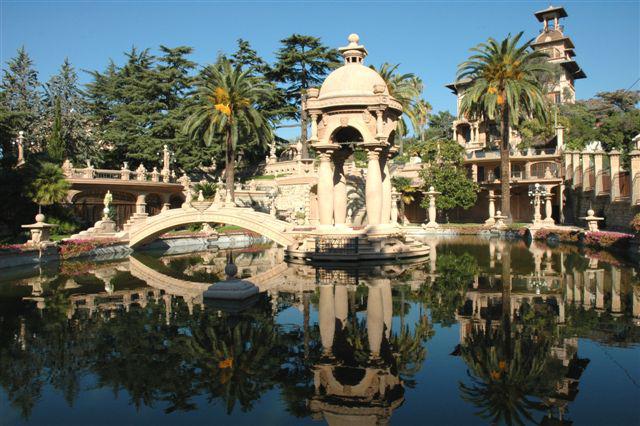 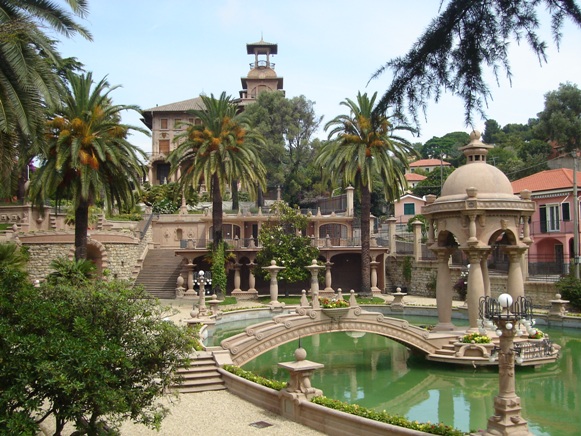 Posted by winsomecowboy at 5:35 PM