I used to be a clown…I still am…but I used to be too.Firstly…what is a clown"a comic performer, as in a circus, theatrical production, or the like, who wears an outlandish costume and makeup and entertains by pantomiming common situations or actions in exaggerated or ridiculous fashion.”That’ll do.I specialised as a street clown. I thought they were the purest, the bravest, the hardest to be but also the most free and if successful the most pre-industrially romantic.I was successful on my own terms.That said my self contained definition of both Clown and success radiated towards commercial interests who dangled fees and so I also worked for nightclubs in Ibiza, Suntory, Panasonic, Coca Cola, Camel cigarettes, international festivals, private parties with James Brown and Aretha Franklin with a 300 strong choir, Ron Howard movies starring Tom Cruise, retired Japanese starlets 21st birthday parties and pensioners picnics.My point being I studied clown and practiced it to the extent that the world at large went…”Yup..he’s a clown”So I don’t have to get too far into the weeds of self analysis to marry my idiosyncratic definition of the vehicle I used to express myself with the general clown definition.What made me laugh internally was my ability to manifest my depression comically and commercially as a unique coping mechanism.I was/am a disgruntled, unhappy, dissatisfied and entirely disappointed individual and given I primarily stand 11 ft tall in public places pretending I’m better than everybody I’ve done remarkably well manifesting the general jungian contradiction as it applies to modern men and women [or even more nuanced variations] as everyone identifies with my/their unhappiness and admires the ridiculous lengths and honed expressions I use to spark recognition.Thats my take anyway.But here’s the rub.I’m kinda paralysed at the moment.I’ve had major mental and physical injuries I’ve overcome, catatonic depression and terminal cancer. TA DA!And I have all the tools honed by over 4 decades of work from makeup to stilts to the props that I use and let's say conservatively the wisdom of over 10 000 shows.And I’m fortunate enough in my 57 year old street clown dotage to be in NZ, a rare country where congregation is not in of itself a health hazard.But I don’t mind admitting I’m terrified.I’m in Wellington NZ and in all my years working Wellingtons the only place that I, who have always been proud of my slow build crowd technique, based on the strength of my clown character, have worked for 30 minutes without gaining a single interested person.It’s a psychic bruise.So the choice as I see it it to go out and commit clown suicide, [which to be honest I’d rather do in private]…. Accepting that everyday life’s now too insular to admit commonality and laughter. Or to risk again…like every shows a risk, that I can pan sluice gold from the muck of overwhelming defensive indifference…and create laughter.It’s a big ask and NZ’rs for all their cute accents and practical wholesomeness are nevertheless provincial fucktards easily lead and deeply insecure.So I could do the catholic thing and go out and be ignored as penance and die quietly.Or I could evoke my patron account, that’s had 2 contributors, now post Covid one, [I don’t even know who’s sending me $10 a month!}To pay for someone to film my success or failure to anyone interested in feb march of 2021.I’ll do it anyway. But having an international audience would make the success or failure so much more wonderful. 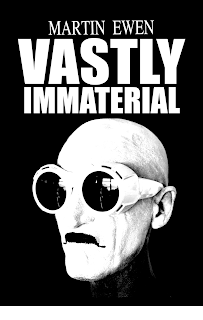 Posted by winsomecowboy at 10:21 PM No comments:

I used to be Facebook/Google

I Used To Be Facebook/Google.. 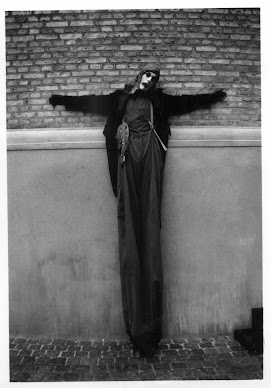 Everyones vigilant to some degree. It’s a primate echo that bypasses our awareness. There was a time when leaving the trees for the easier food on the ground brought with it terminal risks and only those with hyper vigilance survived to eventually begat us kicking and screaming a million ears later into some maternity ward.
So it was useful then and it’s useful now. [or is it?]
Times have indeed changed. Once we risked being dispatched, devoured, consumed within hours of any lapse of observational indiscipline.
Today we're consumed by algorithms.
Historically only the hyper-vigilant survived whereas today AI's have our subconsciouses ever expanding and pinned to a spreadsheet.
Today the remnants persist. We scan for body language, expressions and social signifiers and make instant judgements on subterranean levels searching for cues towards threat, comparative social standing and reproductive potential. That’s your everyday pedestrian.
I spent my adult life making a game of it. I would stand in public needing only three things, a corner, pedestrian flow and an audience catchment area and I would judge people. I was expressive. I would ‘read’ people in the same way everyone else ‘reads’ people however I’d do it consciously and with a tone that could kindly be called sardonic. People recognised themselves in me and achieved respite from a task they may not have been aware they were constantly doing and they recognised themselves in the people I chose to psychologically mimic.
I performed this experiment throughout the world in as many cultures as I could to test its universality. I found it’s basically a constant.
To fear for yourself is uncomfortable. We live in a world where some degree of anxiety is a constant. It’s part of the human condition and in part why families form and intoxicants prosper.
To fear for others allows us to project our anxieties and contains within it a relief. Public executions have evolved into Sunday evening child leukaemia melodramas and 'Reality' TV.
I am a clown so could couch my temporary puncturing of individuals dignity within a playful envelope. I was deft and often the subject would be unaware of my cruel portrayal of them. That was part of the humour.
But for over 30 years I’ve been standing 12 ft tall on street corners reading peoples gaits, their clothing, their accessories, their expressions, their ‘inclination’ and amplifying my judgement of them as brittle useful idiots to an audience of useful idiots while myself being a fool.
I used to be Facebook/Google.
Posted by winsomecowboy at 3:29 PM No comments: