Been thinking about this for a couple of years.

This decade will be one of systemic collapse and  climate refugees. [The Roaring Twenties]

On one hand you've got your cabin in the woods. Will the woods burn? Will you have to evacuate and if so where too? How do you defend your personal fiefdom from roving speculators? How does the movie end making a last stand on shifting sand?

Catamarans, ocean going Catamarans seem to be the most elastic way to cope over the next decade.

Single hulls are cheaper and more versatile, granted, but they take more talent to sail and importantly they don't provide the storage of a multi-hull.

When all you own is an object you can steer around the globe with a crew of two space is critical. Think of a Catamaran as a mothership.

The clunkiness of a Catamaran also limits your choices and simplifies the plans you need to make.

You have a watermaker, that changes salt water to fresh, you have solar panels that provide power, you have a small wind generator that does the same and when the wind is pushing you through the water and your idle propellers are turning in the current that is a third source of generated power.

You have the ability to cross oceans relatively quickly, The quicker the safer.

You have, even on a 40-50ft boat, more usable real estate, comfortable accom for 8 with 4 cabins and indoor/outdoor living areas.

There's an element of personal sovereignty that may be an illusion but as long as it lasts it's real and valuable. The fact that you possess a loaded wagon on a liquid prairie, self quarantined in a world shortly full of desperate people staggering blindly away from calamity at the very least puts you in the upmarket refugee category. The free international transport your vehicle provides is also itself non trivial.

So many considerations, the faster [more narrow] your boat the less space you have but your ability to outrun other vehicles is an important defense. Counter to that is that with modern communication small networks of seafarers have already formed and are their own multi-national tribes and that sort of politics is going to matter. Along with the advantages of autonomy there are also networks with skills and resource sharing.

The sailing learning curve is less steep with multi-hulls. They have less flexibility but if you are capable of sailing downwind across oceans and then sheltering around coasts and pottering about in your seabourne apartment the skill set you need to do that is rapidly learnable. You may also want to consider retaining a Skipper to aid the transition, start looking sooner rather than later.

It's dangerous though, there are many simple mistakes that could ruin you and lots of moving parts any one of which could break and test your improvisational skills. Layered contingencies will become a new required language.

Life would consist of learning new skills on a daily basis and that's healthier than dooming it in a basement.

You are going to need a million dollars roughly. Give or take half a million. I'm picking that as an average. With luck you could get it done for 400-000, I'm not going to bicker about entry levels. I'm addressing those who see the 20's as a period of massive upheaval and can throw liquidity at the problem rather than sit waiting to be overwhelmed.

The Catamaran market has quietly exploded the last few years, new evolved designs have emerged to cater to a rising group of adventurous Mom and Pop empty nesters who want to circumnavigate as a retirement plan.

The best of which have high demand and waiting lists.

One example is the Seawind 1370 which has a two year waiting list at present.

It's a dream boat but demand being what it is it's more or less unavailable. Good stepping off point though.

Although if you are in the market for the best money can buy here's something to drool over.

Your crew sails it for you, it travels above the waves with no pitch or roll and you get to bask in the collective hate of humanity as you watch the world end in style.

There's a gamut of yachts, more available and all round the million dollar mark. You can buy second hand charters and refit them, bringing the cost back up from your initial saving to around a million or you can buy a fully fitted new yacht.

These are upper middle boats. I say this because there's a small class of performance cruisers that are multi million dollar [10/11 million]

The best example of which is the Gunboat. Very light, very very fast, very luxurious.

Ok Ok, that's enough of that, back to the real world people! Chop chop! Half of us will be dead in the next decade and the small but dedicated community of international catamaran and single hull western upmarket refugees presently enjoying the shelter of Fiji after the mandatory 2 weeks isolation there while they wait for the cyclone season to end and NZ to relax it's inbound restrictions for certified disease free sailors [americas cup coming up in March].....nothing to see here......unless you have some liquidity and are looking at elastic forms of out of the box insurance.

Posted by winsomecowboy at 5:26 PM 2 comments: 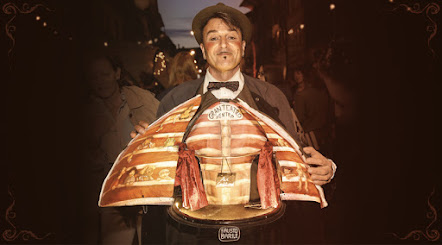