So I'm not what is called a 'digital native'. I've been observing the internet since the beginning.

I remember tell a friend mid 90's that shortly everyone would have their own online diaries. Then blogging happened.

I've known since it's conception that the internet, in street theatre terms, is the newest, largest pedestrian boulevard on the planet.

Similar rules apply, you have to create a stage, create an audience and do a show, traditionally with some semblance of a beginning, middle and end and traditionally a donation would be asked to conclude.

I watched bloggers blog and then vbloggers vblog. Watched the editing that was experimented with. The durations. I'd never witnessed such mindless enthusiasm.

I watched the colonialization of public spaces by street theatre expand in the 80's and 90's then retract as retailers reacted. In the non digital world the street performance meat-space, often lean for all but the best at the best of times has now a anorexic sheen.

I purchased 'IDPAYADOLLARTOSEETHAT.COM' in the 90's sometime. I'm not proud. I make a lot of mistakes.

I knew the long tail benefited clown and variety, I just couldn't find an applicable interface.


Meanwhile Cirque was visual cabaret with a pronounced street theatre mischievousness but another top down corporate paste-maker, a 19 century idea with 21st century budget.

Corporate contrivances brandish ridiculous terms and fees. The US and Britain are shutting down any memory of the public commons. Malls and ...well more malls in high end parts of the planet have acts curated for them by agencies which isn't all bad.

I wonder to myself.

Given the manipulation of time and space that lies at the heart of street theatre, and the creation of genuine spontaneous moments of shared comic discovery that provides the fuel for the performer and joy for audiences is what sets it apart from indoor or outdoor cabaret..

"What is a succinct way to transfer street theatre creativity [ethos] onto the interwebs?"

"How do you own and operate an online interface that preserves a live atmosphere?"

Here's where I think we could be going.

Shep Huntly put on an international sideshow festival in Ballarat a month or so ago.

It took him two years of work to produce, he got some big name sponsors, did a kickstarter, all the usual graft.

What was most striking to me, in what may be a revolutionary sense, is that he got assistance from a digital crew who had developed their own very interesting online streaming software that replicated a live theater atmosphere.

Tickets were $7, you became one of many icons in rows under the screen, there was an applause button that corresponded with an 'applause-meter' and you could make comments during the show which briefly ballooned from your icon and you can run live polls and get feedback during the show.

I paid and went to the premier show and it does have a live event quality to it youtube lacks.

It also has huge, I mean massive potential to reconfigure realisable metrics for sponsorship.

Ballerat has a population of under 100 000, I'm sure the hall was full, just as I'm sure posters went up all over town with the sponsors on it and radio pimped it locally and there were articles written. The usual.

But the potential to gain and maintain loyal online audiences larger than the venue offers for the event itself and also on sponsors behalf I find very intriguing. It's the type of 'crowdbuild' that translates across well.

You produce performance, you attract crowds based on whether you're any good and there's no upper limit to your potential audience.

Amy Saunders show is one that could translate seamlessly for example.

But the applications are wide. Outdoor shows could work as well as indoor.

Shep's advantage was he was working with the original crew who developed this. Technically they had many years experience but this things still in it's infancy.

But, given some consultancy with them built into your budget, and camera-people and a real time streaming editing unit there's no way you couldn't rent out your local hall, sell tickets internationally as well as locally and then have a cast of epic proportions come visit you and put on a show that was economically viable.

I'm investigating possibilities to achieve what has always been my goal, to convince the worlds best street performers to come hang out in Kona Hawaii for a week or two and put a night or two of shows on. 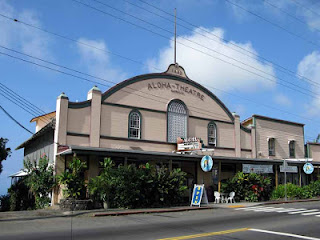 Posted by winsomecowboy at 4:54 PM No comments:

Posted by winsomecowboy at 9:53 PM No comments:

Last fri I played in traffic 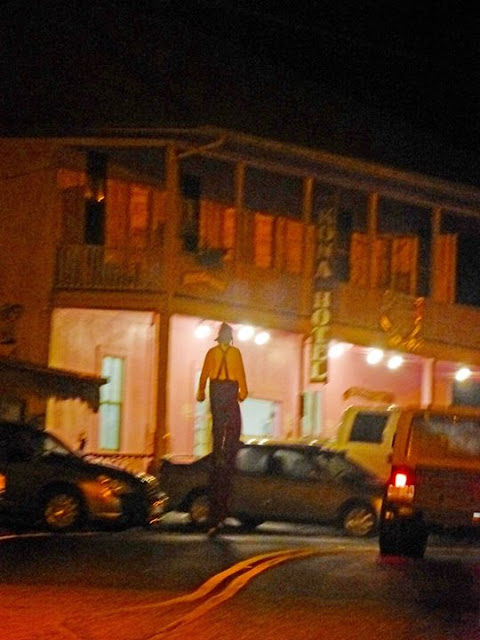 Posted by winsomecowboy at 12:52 AM No comments: