NZ's future, (or how I got funding for my festival). chapter one. 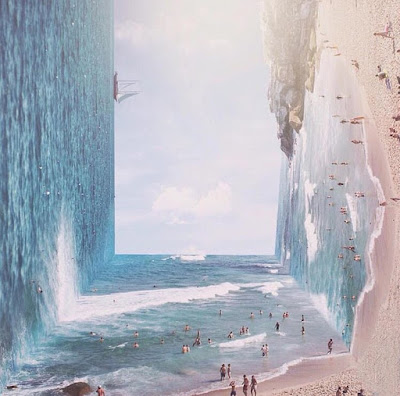 It’s said parasitic sociopaths can’t be reasoned with. I beg to differ.
Lets say I’m some neo-liberal billionaire who has more liquidity than any group of people can spend in several lifetimes and I want for nothing and am surrounded by highly intelligent fawning lickspittles and my life’s just peachy and surreal. I’m part of a select digital aristocracy or perhaps I’ve inherited a flatulent amount of wealth and sometimes I just have to pinch myself.

My only problem is that I have it on good authority, the best minds money can buy have told me that there’s a probability approaching certainty that the entire system that’s gained me my wealth and additionally every social system at present intralinked to the present financial global status quo is destined via basic formal logic…to collapse catastrophically sometime within 3 to 15 years.

A great deal has been made about prefabricated boltholes in NZ and other places. Private jets and small select cabals and rushing off and locking the door behind them for a bit. You can almost picture the cocaine rimmed nostrils and the euphoria of a 5 star doomer fantasy realised with a flurry of purchases and agreements and the secured knowledge that were some short lived new plague to break out given a certain amount of absolutely flawless timing and a perfectly executed logistical plan you and some of your equally well heeled friends could live in a swanky hole in the ground for quite some time.
All this can be manifest by simply spending money and luckily as a billionaire you have that on hand. In fact it could be said that spending money is the second best thing you excel at. The first of course being acquiring it in the first place.
I find it stupendously naive on a multitude of levels. Firstly the trigger impulse that initiates the bunker burrowing. Secondly the requirement of flawless logistics to initiate it and thirdly and most importantly given after exhaustive drills and rehearsals and false alarms and dry runs the plan is initiated and a group of people whose major lifeskills revolve around exploiting a system that has failed to the degree that jumping into a hole in the ground is their best considered option and with the door closed behind them and all further agency forsaken. [Surely someones mentioned that if you communicate with the outside world you are broadcasting your position to anyone with the right handheld device]

But what happens next? Is the ultimate plan to recolonize NZ with everyone else dead or the guns you keep in a room? Do you have any idea how idiotic and shallowly self revealing your post apocalyptic wet dream is? Obviously not.

I suspect these articles are simply penned by bad novelists desperate to drive viewers to their blogs and have little to do with reality and more to do with their withered imaginations.
I cannot digest that some of the most wealthy are this sub-intelligent.

That said it got me to thinking. If I were some financial titan and wished to ensure myself against some financial and ecological and social collapse how would I go about instigating protection for myself?

Well New Zealand is an ideal platform to base the experiment. It has under 5 million population, it's comfortably isolated, it has mountain ranges set so that whatever the prevailing winds they are water making machines.It has hydro and geothermal power sources and is aiming for 90% renewables by 2025. It has potential socially to be galvanised towards the changes required for the undoubtedly massive challenges ahead.

It also has the highest youth suicide rates in the world. A bi-product perhaps of a relatively well educated and critically thinking youth recognising that self actualization within a forlorn socio-economic vehicle heading towards a seemingly predestined cliff makes life less than rosy and optimism a tad redundant.

Also and I just mention this in passing because it amuses me. New Zealanders have evolved a relationship with violence, the kind of tribal violence that usually eventually destroys cultures and civilisations we've turned into a celebration of all we hold sacred and it's our national sport and we hold what appears to be an unassailable position of the worlds champion having won over 3/4s of games played internationally since 1903. We have a well deserved reputation as cheerful kind folk but don't go thinking we're easily usurped via flattery or trinkets. If rugby were international politics we would be the worlds superpower and given various factors this is in fact a potential possibility.

Now I'm worth a couple of billion and on paper can probably double that if I short the industries I know will crash first or any other of a number of silly maneuvers but my prime objective, other than spending millions on a plan to hide in a hole in the ground would be to gather a sociologist or two and a handful of creative thinkers along with some govt connections and some logistical gurus for the management side of things and put it to them. How can I use my wealth to preserve and enhance as much of the existing NZ culture so that I can live safely and fruitfully within it?

The sociologists will flatter you with your perception of the age old importance of the dunbar number and the acceptance of the futility of manifest destiny as applied to individuals such as yourself. They would fluff you like you had a day long porn shoot ahead of you. But they would also say some wise things that educated you into your potential place in a new situation you would be instrumental in helping create. [and you'd still be rich, richer than most, the most important thing ultimately being most people wouldn't hate you and want you dead and you wouldn't have to live in a hole in the ground, a victim of your own reptilian impulses]

The creative thinkers, [and I'll switch and be one of them now] would suggest four main projects, each aimed at a differing but integrated part of any culture/society.

The investment in solar [or other renewable] powered intensive indoor agriculture

The investment in a network of 'makerspaces' of differing sizes throughout the country.

The investment into a festival that celebrates 'Quirk' which is an intrinsic part of NZ's cultural character.

Now I'll switch back to my solitary billionaire guise and admit I'm a little overwhelmed by the cost of all this and my neoliberal cortex is perhaps inflamed at the injustice of it all.
“Well we all have problems mate. We're just trying to solve our own and yours to the best of our ability.”

On a macro-level NZ could leverage it's obvious assets both natural and as a relatively small and potentially nimble country to put things in place now that grew an infrastructural independence and proactively positive example to others. The cost being met in part using that leverage to offer otherwise doomed billionares and multimillionares a seat at our table.

I’ve researched housing and intensive indoor farming and maker-spaces and my own ‘quirk’ project and will elaborate at length on each of them but I’m just looking for a bite sized introduction to begin with so have left that elaboration out to include in in the next installment.

If you find this thought experiment interesting then please by all means share it round and if not then perhaps recommend a wellington based mental health expert.

Posted by winsomecowboy at 11:59 PM No comments: 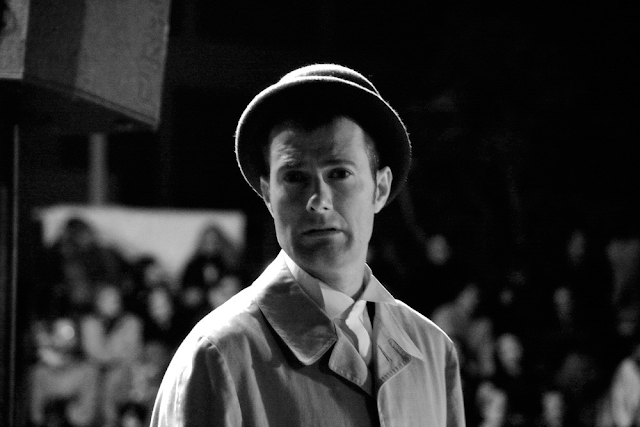 Stephen Colbert, during a week long promotion of New Zealand recently posed the question. ‘How much of your national economy is based on whimsy?”

Interesting question. Bret McKenzie and Jemaine Clement, Taika Waititi, are our present whimsical big daddies but it must be noted that they, although huge amplifiers of our quirky, understated, laconic and intelligently self aware humour are just that, amplifiers.The signal itself is and has always been an intrinsic part of New Zealands self expression.

We are cackling church mice giggling in the nook of someone elses cathedral and we like it that way.

There are others, less well known but making an impression internationally nevertheless.

Sam Wills, ‘The Boy With Tape On His Face’ has performed at the Royal Gala in London and has had a multi year residency show in Vegas.
https://youtu.be/CLs6eULXDqc

This month also a New Zealand Clown won the Silver prize at the Saint-Paul-lès-Dax International Circus Performers festival in France.

However in the world of studied and applied whimsy there are not too many opportunities where Clown is briefly taken seriously and accolades awarded and for a New Zealander to excel is cause for celebration.
What I like to call ‘High end Clown’ is a rarified yet pan culturally accessible medium that discards buffoonery and superficial wit and instead focuses on the creation of shared moments in which usually a solo artist creates a temporary world that entrances, beguiles and stimulates a profoundly palliative quality in which our ability to laugh at ourselves supersedes  all else.

That’s quite a trick, to do it without language, solo and by means of a subterranean authority built on a low status clown foundation even more so.

Fraser Hooper lives in Wellington.
His Clown is a kind of downtrodden optimist who needs his audiences help to create a world in which he can find peace.
He ends up creating more than that instead producing a riotous celebration of collaboration within a temporary surreal whimsical bubble that is his show.

He’s measured and subtle and constructively sly and his recognition internationally is no surprise to me and I hope he inspires more New Zealanders in the celebration of our own form of whimsy and for some perhaps, in our increasing dour world, a true rebellious vocation in the creation of more of it.