Well I’m about to be operated on medically in a big way and what’s often asked of or required for general and health purposes at this stage is something to live for.
Damn good question!
What have I been living for up to now I ask myself.
Damn good question!
Essentially I’ve been trying to externalise my existential angst for drinking money.
Like my parents said, I could achieve anything I ever set my heart on.
I traveled the world and performed for unsuspected publics in towns and cities of every letter of the alphabet. Ta-Da!
But I don’t drink anymore, I’ve worn out that fuzzy veneer of wellbeing.
I lack lacquer. I’ve burnished myself down to a self conscious nub.
Still, questions remain.
I’d like to be part of a team which is difficult when you’re a street level self styled iconoclast...with no stomach.
I would like to capture before it perhaps disappears from the ever shrinking public commons the works of various rare alchemists, mechanics of moments, aberrant pure creatives.
Because I think the world at large is ignorant of their existence and it may be hubris on my part but I think they are the most important individuals simply because in an inauthentic world they are purely authentic.
So that could be a reason to live, to produce some street theatre safari content generating program.
Alternatively or in conjunction I could create a clown school that invited masters of the trade to teach as guests. New Zealand is a nice place to visit and probably very tax deductible. I’m not sure how successful I’d be as an administrator. I do know my international clowns though and them me.
Sigh, all I know is I’m going to wake up in intensive care with lots of tubes sticking out of me and where those tubes come out will determine my recovery time. Ribcage is 9 months, stomach is 6.
And it would be best if I had something to aim for.
Clown fest jan/feb 2020?
Still fishing, 10 days to go as old Martin. 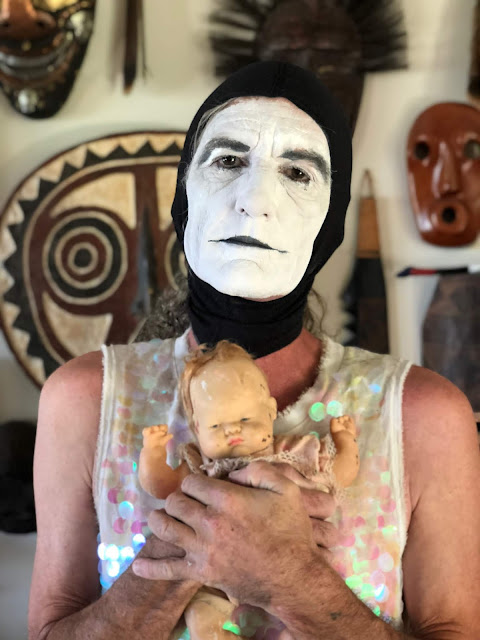 Posted by winsomecowboy at 7:06 PM No comments: 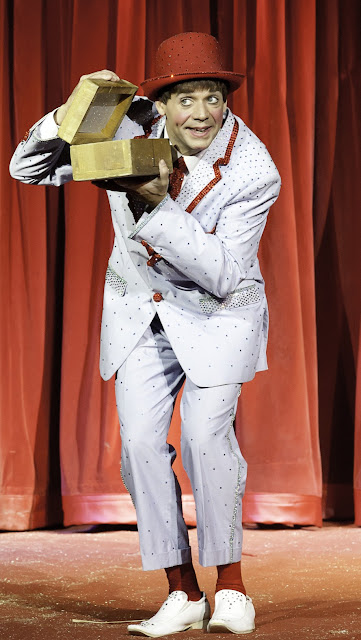 There's a nondescript carry-case in transit being transported ownerless back to it's point of departure.
There to be picked up and deposited at whatever home it's given.
It's a sad case as it's owners heart exploded on a plane carrying it and him and he died.

However deep in that case, jostling amongst makeup pads, a tawny wig, a red tie, rope and other bits and bobs there is a small plain wooden box with a hinged lid.

Not many people know this and I'm sharing it with you because more people should but that box is among the rarest, most powerful, venerable and profound objects in this world.
Because one man made it so.
He was a master Clown and they themselves are very rare. I know this because I'm 55 and have spent my adult life searching the world for them.
His name was Rob Torres.

This box contains hundreds of thousands of individual ingots invisible to the human eye of love and glee and relief from the everyday and childish delight and rekindled playfulness and wonder and celebration of what it is to be in the presence of a master Clown who takes that collective weight of all that it is to be human and makes pure light from it and radiates it back so it bounces about the gathered gaining power as it's collectively confirmed.

As I say it now lies with other props in a case somewhere and will never be opened or closed in the same way again, which is sad.

But I hope it's recognised and I'm writing this in that hope.
That that box is one of mankinds greatest achievements and was bought into being by a humble, striving, extraordinarily talented singular individual who traveled to over 60 countries and performed at the largest Circuses and the smallest street corners and everywhere in between to illustrate, because that was his vocation, in profoundly simple shared moments honed by his craft to perfection, that shared laughter is one of the higher forms of Love...
and all we need.

Thank you Ladies and Gentlemen, Glad you enjoyed the show.

As you've noted I don't speak in my show, I work as a character.

This is me talking.

I do this for a living and because I love doing it.

I kinda aim for 60% of you thinking it's clever and funny and 40% on the fence thinking it's a bit much, a little aggressive, just abusive basically.


That's fine by me. I'm not some 80's corporate throwback dedicated to “maximizing my revenue sources” I'm a street performer, I'll take what I'm given to do what I want.

I do have standards. If you liked my show feel free to come forward and drop some amount that equates to the fun you had watching the show.

If you filmed my show on your phone I'd prefer you didn't come forward because I pity you not being able to celebrate in the moment. The Clown pities you, you'll get over it.

Also I'm not going to explain to you how using your phone you can effortlessly make your bank friendly with my bank and donate electronically. I don't care about your technology. Not interested.

I'm interested in that small number of you who recognise whats just happened was worth something to come forward and leave something in my hat.

This job is centuries old and it's always been the same. People come forward and leave the performer a reward for the fun they've had...or just say thanks if they have no money. Maybe take out your phones and google egalitarian.

Enjoy the rest of your day.
Posted by winsomecowboy at 3:35 AM No comments: