Funky the Bear was a guy in a bear suit. A cartoonish bear suit, the fancy dress variety rather than the authentic grizzly.

Funky was an artist, in that he created his own reality and projected it. Funky didn’t fit in, the world just had to adapt. Funky was funny and Funky was a clown.

The first time I came across him he got arrested. It was hilarious and I was lucky enough to see it unfold from beginning to end. I was ambling into the city [Perth Australia], passing through a large pedestrian plaza where the Art gallery and Museum reside, there was a fenced off area where one of Perths many variations of Arts festivals was eventing.

As I walked into the area I came up behind two mounted policemen staring intently at an apparently drunk and antisocial bear who over the next few minutes staggered and fell, took wild swings at those who stopped to assist and who at one point began to take waste wood from a construction project and throw it into a public fountain.

Whether it was contrived or not it certainly appeared that this bear was simply out of control.

While we watched another , younger policeman arrived and watched with us, the bear was running amok about 100 meters away. The two mounted cops ordered the unmounted fresh faced cadet to “Go and deal with that.”

The bear had just swung another length of 2x4 into the fountain, over-rotated and fallen on his face then got up again when the Cop, about 20 feet away and approaching yelled. “Hey, stop!”

Funky turned and then did a classic cartoon doubletake, his arms thrown out wide, jumped into the air, spun 180 and landed running away, heading for the art event enclosure. It took only seconds for the policeman to catch up with him, he grabbed Funky by the shoulder but the bear kept running anyway. He ran the short distance up to the fence, missed the entrance point by a wide margin and ran straight into the chain link fence, froze a moment fully spreadeagled then slid dramatically down the fence to lie in a heap. The cop was now standing over him and a crowd was forming. Funky had done his best to make it look like the policeman was overreacting with violence at a poor man in a bear suit.

Trying to wrestle back the initiative the young improvising policeman thought it best to put an end to this antromorphic charade by yanking the bears costume head off. A good idea except the suits entry point was through the crutch and the head was not of the removable type.

The cop strained at yanking the bears head off and the bear milked it by throwing his arms out and exaggerating each attempt made at ripping it’s head off.

the now surrounded young cop who had moved on to brandishing his handcuffs only to find they didn’t fit round a bears wrists when the crowd that now surrounded him gave voice to their disapproval, adding to his woes. I presume the mounted cops were spectating stoically from a distance while howling with laughter within.

“You can’t arrest him ! He’s a conceptional artist!” someone barracked.

“You have the right to remain fluffy!” another yelled.

The typically Australian disdain for authority was given full play, no-one took it that seriously, the fact that the cop carried a sidearm meant nothing. He was embarrassed and stressed and trying to arrest a bear therefor the crowd became bear champions instinctively.

Funky the bear put the policeman out of his misery by standing and head held low in shame offering his hand for the cop to take and lead him away, he shuffled meekly away, being towed by a policeman, the crowd good naturedly booing.

I heard later he was taken to the nearby station and mug-shots were taken with his costume still on before simply being let off with a warning. He was actually that year the official mascot of the festival so prosecuting him would have simply been more trouble than it was worth.

I saw him an hour or too later inside the enclosure and was impressed by the amount of expression he could muster inside that suit. He would dance until he attracted children then run away from them and lead them in a simple game of ‘catch the funny bear’ until he worked out who might be a parent and then he would rush up to them and drop to his knees and clasp his paws together in supplication, begging that the parents take their kids back.

He was funny, he was bitter and antisocial and trapped in a bear suit and that was his character.

Some months later I heard of his hijinks when paid to do roving atmospheric work at the grounds of the main Perth University.

He had thrown a rock at some reticulation pipe and burst it and spent part of his gig being chased around by the gardening staff. He’d run indoors to hide and walked into a full lecture hall mid lecture from a door at the front of the class. The lecturer looked at him and the amassed students looked down to him from their tiered seating. A moment frozen in strangeness as he entered. Funky then walked slowly and slyly towards the blackboard, picked up a piece of chalk in his paw. Turned and wrote slowly and deliberately F..U..C..K on the board, then sprinted from the room.

We became friends when, at a later time I met the man who filled the costume.

Funky was funny and Funky was a Clown.

I give away music/art/performance because... 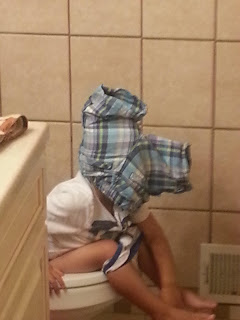 What do I have to give away today? mmmm, as yet unfinished...

"He's essentially cease to be, he's been sucked into a portal.


Milinia from now it will be remembered that Robert Nelson changed the course of history. He has sent a full measure of machinations forth that will multiply as designed. An almost infinite array of causal dominos, the origins of which, were instances of accumulative commonality in which Robert socially engineered the future. A ricocheting seductive neer-do -well who fulfilled the worlds most critical function, he kept himself amused. All those juggling props sent to Ethiopia, used to club tourists and rob them, none of this is random.

Robert Nelson was one of my favorite people in this sector of the universe, irrasible, cheerfully malevolent, he knew he was an asshole and did his best to make that palatable to the world at large. He succeeded magnificently at this. The world was seduced by the asshole he fashioned from the raw materials at hand.
Posted by winsomecowboy at 4:20 PM No comments:

ASKAP Radio Telescope from Alex Cherney on Vimeo.
Posted by winsomecowboy at 3:39 AM No comments:

A master, an elegant master.


Posted by winsomecowboy at 2:33 PM No comments:

This is for all of you who creatively make things and wonder why you seem to be always flowing against the flow of the world.
It appears you know what others don't, 'why' you do what you do.
This video should help you turn your stubborn contrarianism into a streamlined process rather than toiling towards a mere goal.

Posted by winsomecowboy at 3:58 AM No comments: