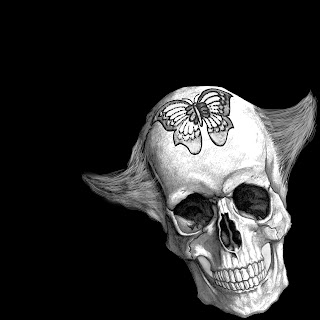 Here is something Robert Nelson wrote that I think is important.
Some of my friends are not performers and might not know who Robert was. He was a famous curmudgeon of a street performer.
He was also underneith that quite kind and generous.
Also a friend. He's dead now.
anyway.........
"Once upon a time, there were no universities or colleges.
Men mostly had to gather all kinds of information (old texts/books/journals) and study on their own. These men wanted to know the same thing everyone else wanted to know... how everything worked.
In fact, that’s what they called their work: The Great Work.
They all looked for the same thing, “the secret of life”.
Along their path, these self-educated men saw some of their brethren excel while others failed.
They all asked, “WHY”? And they learned a lot.
Now, here’s where it gets sticky.
Science wasn’t neatly divided into subcategories of Physics and Chemistry in those days.
Mathematics and Philosophy were still joined at the hip.
Everybody knew only a piece of the puzzle, so they looked around and this is what they found.
Some experiments with the same conditions give the same results.
Others did not. No matter the same conditions. The results differed.
Here’s the split.
Those who wanted to always have the same conditions yield the same results, invented Chemistry.
Those who wanted to know “Why” the same conditions did not yield the same results, invented Alchemy.
Ok, broken down again, just to be simple.
Chemistry is: certain conditions applied=same results.
Alchemy the study of why things work or don’t. Beyond the science, that’s it, “How to make things work”.
Unlike chemistry, alchemy focused on the chemist (INDIVIDUAL) himself to provide the missing piece of the equation. They looked inwards while others looked outwards.
This is what happened.
Two groups of alchemy emerged.
1) Those who hid "the answer" beneath symbolism and said no individual was capable of attaining it on their own so “the answer” was unattainable.
The second group also hid the answer under symbolism but said, while feasible, "the answer" was different for everyone and therefore unattainable as well.
This made alchemy almost disappear. Only a few studied on their own.
I am going to 1st tell anyone familiar with chemistry very simply what is going on during transmutation of base metals into gold:
3 things are added, mixed, heated, evaporated and finally purified (doesn’t get simpler than that). I’ll go into details later.
What is really going on here is not the ferrous (Au/gold) mineral added to the “another metal” and adding a "salt" liquid allows you to merge metals when you melt them with fire………
……….IT IS THE PROCESS THAT ONE MUST PUT HIMSELF THROUGH to accomplish this task successfully that is more important than accomplishing the task itself.
This is a difficult concept, I know, but think of alchemy to be more like agriculture than chemistry.
Some people have a "green thumb" and do better... why? ... Here’s the answer.
Those of you out there, and you all know exactly who you are. You look around you and are amazed. You have money and love and people are just blown away when you do a show. Others love what you are doing and applaud and offer you gigs. Most of you really appreciate this success, I know.
You have (and you don't have to be a magician or juggler, any profession will do) a "KNACK" for what you do.
You are the ones I'm talking to here. The others are not ready. You, the reader, are ready for the last step. This is the "YOU" side of the equation. Yes, “the philosopher's stone” is what I am here to help you find.
Any practicing alchemist will be horrified to know I am about to reveal the secret.
In the Mutus Liber, Canseliet quotes Pierre Dujols warning,
“don’t gave way to the temptation to reveal the secret.”
Well, too bad, those guys are dead and I will be soon and no one else knows this crap, so fuck ‘em.
All I ask is you too give it freely once you come into the knowledge. We are all amateurs here, so everyone needs our help.
The answer lies in laughter.
First thing, what is laughter?
Laughter is surprise… that’s the catalyst, if you will…. Surprise!
Then, one of two things happens… you think it matters or it doesn’t.
If “it doesn’t matter” …you laugh.
If “it matters”… you feel anxiety.
That’s it.
Ok, now let’s look at WHY people laugh.
Two things are immediately clear. First, laughter is not instinctive… you don’t come out of the womb laughing.
Laughter is CONDITIONAL … you learn what to laugh at from those around you.
Second, and here is the secret: Laughter makes us feel SAFE with those we laugh with.
You see it all the time. A girl meets a guy for the first time … she laughs to make him feel safe. He laughs to make her feel safe. They feel safe together.
Now look at your audience. One person laughing alongside the next. What happens?
Say, two people that don’t even know each other laugh at the same thing that one show they saw of yours and later on that day they meet again somewhere else and recognize each other… they will look at that other person completely different than a stranger.
Think about it… they still don’t know anything about each other yet they shared laughter earlier that day.
What happens?
That’s right … they trust each other.
And guess what else?
That’s right… they give each other respect."
Posted by winsomecowboy at 10:01 PM

Robert trusted me, he trusted me a lot and I was aware of how rare that was.

Performers tend to have a lot of tricks they use to deflect peoples attention away from what they themselves feel are gaping inadequacies in themselves.

I tend to broadcast my failings at high volume. As a performer though I resonate with a certain clarity that my articulate but shambolic real life scarcely resembles.

Robert trusted me with his death. That’s not a small thing.
Underneath the gregariousness he was quite guarded and private.

I held a mirror to his mouth to illustrate to his wife he’d stopped breathing.
Shortly after, I rang his son to give him the news.

I’d made him laugh three days earlier. That was my function, my vocation, my duty.

I’d made him laugh on the daily. Even when he’d suggest ways we could slip off and commit suicide together I’d make him laugh. It’s a gift.

The last day he could stand I led him to the bathroom and set him down on the toilet. While doing so I knelt on his foot and he uttered a complaining grunt of pain.

Timing is everything. I waited a beat then quietly said.
“You’re welcome Robert.”

And he laughed for the last time.